Since 1974, Compassion has been working in Honduras to lift children out of poverty in Jesus’ name. Today, more than 48,200 children are benefiting from Compassion’s support and care at child development centers across the country. Every one of these children receives the nutrition, access to health care and educational support they need to overcome poverty and grow into fulfilled, self-sufficient adults.

Although the Honduran economy has shown significant growth in recent years, more than half its 8.9 million people are still living in poverty. The problem is particularly acute in rural areas where around 60 percent of families are living in extreme poverty, on less than US$2.50 per day.

Honduras has the highest homicide rate in the world, and violent crime is common in cities such as San Pedro Sula and Tegucigalpa. Youth gangs known as maras have tens of thousands of members and use extortion and violence to control their territories. Children in urban areas are at particular risk of being drawn into gang culture and drug trafficking, which many young people see as their only route out of poverty.

Nearly 40 percent of the Honduran workforce depends on agriculture for its livelihood, but the industry is dominated by subsistence farmers who own little or no land of their own. Most of these farmers grow low-profit crops such as bananas, plantains, rice and beans, and they struggle to earn enough to support their families.

Frequent natural disasters and the effects of climate change mean food insecurity is widespread. An estimated 1.5 million Hondurans do not have enough to eat. Chronic malnutrition affects 25 percent of children, often stunting their growth and causing irreversible damage. These children face many developmental challenges, not least a reduced ability to concentrate in school. To help address this problem, Compassion-registered children receive nutritious snacks and balanced meals on the days they attend their local child development center.

Nearly a quarter of rural families have no access to an improved sanitation facility, and 18 percent do not have a reliable source of safe drinking water. This results in widespread waterborne illnesses, such as bacterial diarrhea, hepatitis A and typhoid fever. Compassion is helping to tackle this problem through strategic WaSH projects that bring safe water and modern sanitation facilities to communities in need.

Primary school is nominally free in Honduras, but a lack of infrastructure and qualified teachers affects the quality of education. Children are often kept home from school to help with household duties or work on the family farm. Less than half of Honduran students complete secondary school, and around 12 percent cannot read or write at a functional level.

Compassion is striving to create the conditions in which every child in Honduras has access to a good education, in which every child has enough food to eat, and in which every child is safe from waterborne illness. Our child development centers provide an essential base for these efforts. They are staffed by workers who are dedicated to improving children’s lives in Jesus’ name and to reaching out to those most in need. 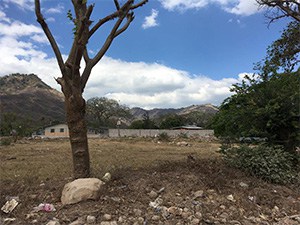 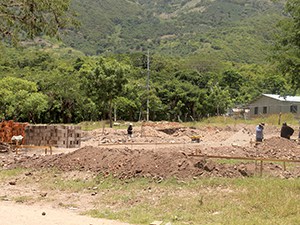 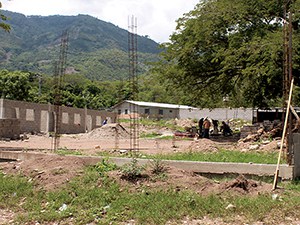 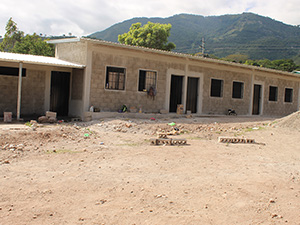 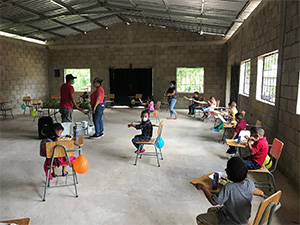 New Thing is partnering with Compassion International to plant Iglesia Evangélica in Comayagua, Honduras. The church is located in a village of 5,800 people. The people in this community suffer from extreme poverty, high unemployment and constant health problems. Please pray for the members of this community as they work to realize their dream of having a new church home.